The roots of the Khaitan family can be traced back to the village of Ramgarh, Rajasthan from where our forefathers established themselves as traders. At the turn of the last century, the family shifted base to Kolkata diversifying from trade into various industries such as tea, batteries, cinemas, bakeries, galvanized steel, finance, fertilizers, chemicals and law. 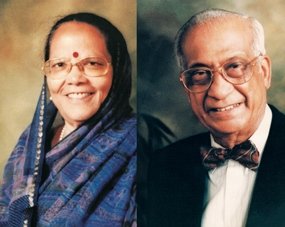 In 1966, Late Shri. G.N Khaitan and his wife, Late Smt. D.D Khaitan ventured into philanthropic activities by founding their first school, Bhagwati Devi Memorial Institute (today known as BDM International), in Kolkata with just a few students. Currently it is one of the premier institutes of West Bengal educating over seven thousand children. Thereafter, the mission of educating the future of India strengthened, motivating them to setup many more schools in their lifetime. The various schools established by them are as under:

Passion for education has been instilled in the Khaitan family for decades and the legacy has been deftly promoted as the above institutes are being managed under various Trusts and Societies headed by members of the family.

Our Chairman Mr. Gangesh Khaitan, has been involved with establishing and Management of schools for decades. Besides setting up and managing industries all throughout his life, Mr. Khaitan has a natural bent of mind towards education and over the years, his dynamic leadership has steered The Khaitan School, Noida to a center of prominence amongst the NCR schools.

Besides being an integral part of the setup of TKS, Noida, he was also instrumental in establishing The Khaitan School at Sahibabadh, Ghaziabad right from inception and commencement of operations till 2007. 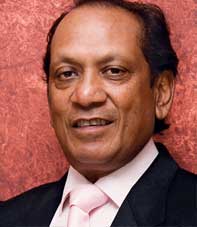 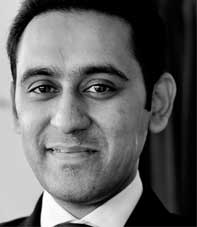 Having completed his schooling from Modern School, Vasant Vihar, Mr. Khaitan moved onto obtaining his bachelors degree in Mechanical Engineering from the prestigious University of Michigan, Ann Arbor, U.S.A in the year 2003.

In 2008 he was inducted as a Trustee of The Khaitan School, Noida (TKS) and thereafter, there has been no looking back for him.

His passion for education has grown over the years and has greatly contributed to elevating the standard of quality of education being imparted at TKS Keeping this vision in mind, he has ventured into Early Childhood Education by establishing Khaitan Pre-School and envisages a number of high quality Early Childhood Education Centres in the future. 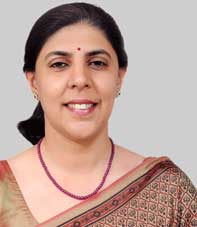 Mrs. Nandini Malik graduated from Gargi College, Delhi University with a bachelor’s degree in Science (B.Sc.) and went on to obtaining a bachelor’s degree in Education (B.Ed.), thereafter. Being from an army background, she has travelled extensively both within the country and overseas. This has contributed greatly in enhancing her soft-skills, which are a necessity and an asset for a pre-school.

Mrs. Malik began her career in teaching in 1988, as TGT Biology at Army Public School, Dhaula Kuan, New Delhi. Having taught in various schools across the country, she was selected by The Khaitan School, Noida in 2002 and had been a part of the faculty as Teacher and as Primary Coordinator. Being passionate about co-curricular activities, she took on the responsibility of scripting and directing many annual concerts of the Primary wing and also prepared students for various inter-school competitions.

It is her core belief that the words “Education” and “Educator” are synonymous to “Learning”, for only when the Educator is a passionate and ardent learner, can he relate individually and intellectually to his students and take the “Teaching – Learning” on going process to its zenith.

She has a good understanding of the educational philosophy advocated by Founders of Progressive Education such as Maria Montessori, John Dewey, Jedan Piaget, Howard Gardner etc. and incorporates the relevant / related principles in the curriculum design for Toddler, Montessori and Pre-Nursery groups, respectively. Mrs. Malik was entrusted with the responsibility of managing Khaitan Pre-School in April 2013 as its Head Mistress.